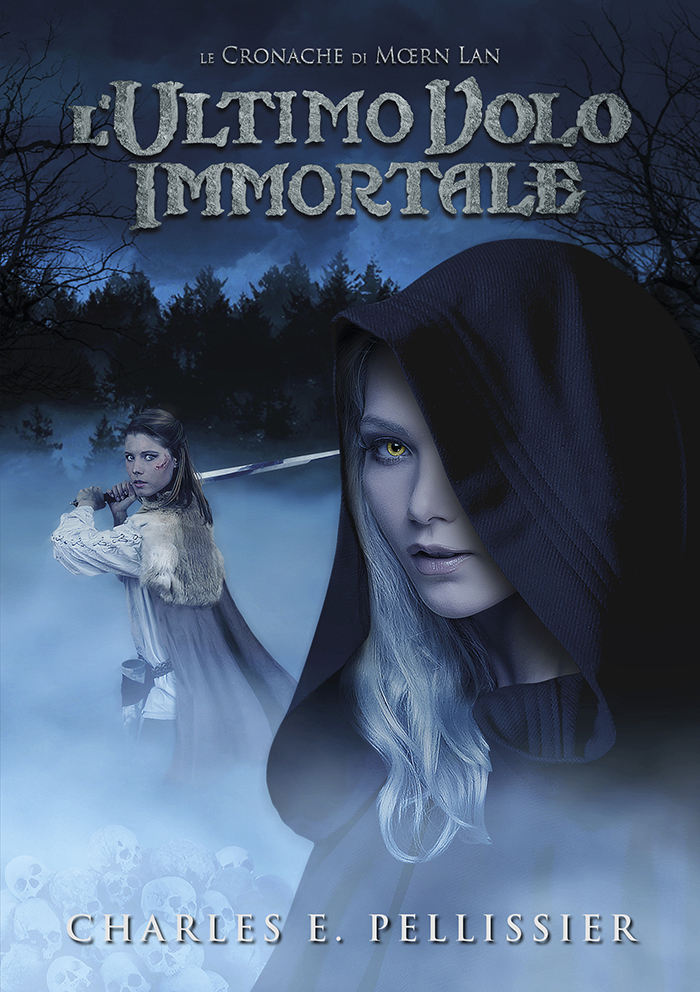 For whom will the ravens fly, when all the souls are taken?

After the arduous battle has bathed the Grey Mountains in blood, many people are hoping to find peace and serenity, yet something even darker has reached Mœrn Lan and is eager for conquests: a creature with the power to bring back the souls of the dead from the afterlife and force them to her will. The Druatahn Queen Loara tries to keep her people unaware of the upcoming danger, relying on the shrewdness and courage of the champion of the Crown Dærmi. Meanwhile, Fionnualla, the last descendant of the house of the Amaranth Sun and now in the southern territories of Drello Llion, runs into a wretched Governor who seems involved in business that could lead to a much worse disorder than that of the previous Age. But something else is moving in the North, and Princess Gylaa, in the frost of the northern kingdom of Nihmras, is struggling with an old disease that has corroded the thoughts of the King and seems to spur him to reckless actions.

… The white fur of the mastiff was glittering with the vermillion of the lacerations of the fight, and strips of shredded meat were swinging from where the paw had been brutally ripped from him. Part of its ribs was exposed, and along the throat the dog bore a profound lesion of a blade. Dærmi saw the beast drag its coat of bowels and felt pervaded by an ardent sinister feeling. He clenched the hilt of his sword, looked the animal in its eyes, and noticed how little life they were emanating. These eyes were vitreous, blurry, grey, motionless. These eyes were dead.“