How to read the Arboreal Tongue and other languages

As you guys may have read from the site, I am fond of languages, I’d rather say maniacally, sickly fond of languages; and as you may have seen in the book, if you’ve read it, I’ve used words and names that may appear unpronounceable… So, I would better provide the right tools to read them! 🙂

After having studied and loved some Romance, Germanic and Slavic languages, I felt the necessity to create a tongue myself; so I developed a grammar and a vocabulary.

In the first book of “The Chronicles of Mœrn Lan”, you can find the first language I created: the Arboreal Tongue or simply Njalo, generally spoken by ethereal creatures of the Kingdom of Vesper, over Dark Wood… And today we are focusing on it :). Later on, with the second book of the series, I’m going to reveal the other tongues. 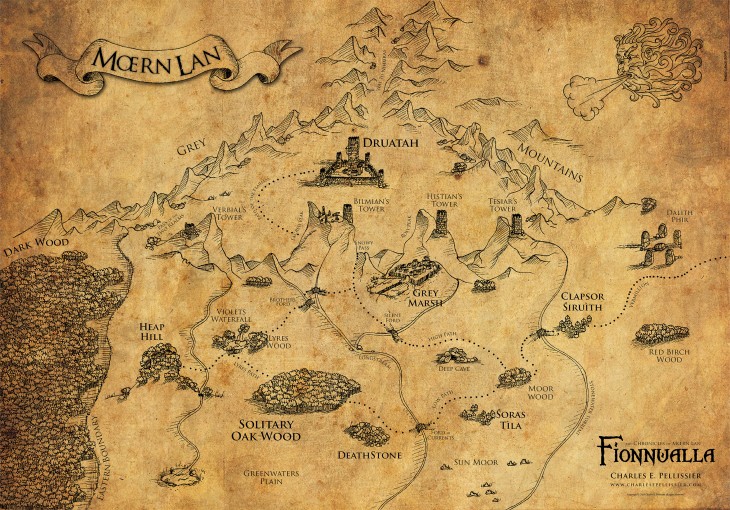 The Arboreal Tongue is composed of 12 vowels and 22 consonants. That’s a lot of letters! Well, it is not over, because many of these letters, if combined with others, can reproduce similar sounds with different length. Let’s see some vowels; the first sign should be read as a short sound, the second as a long one.

😀 😀 Hooray! Now, after this long and exhausting explanation, you should be able to read words like Mœrn Lan, Grÿljr, Ŝoras Tìla, Meraiźi and so on :).